More art-design synergy in the exhibition of assemblage works by Robert Warner at Pavel Zoubok (link below). Warner combines late 19th century gilt-embossed book covers, typographical fragments and glass lenses in works that are nostalgiac and futuristic (in a Jules Verne science fiction sense) at the same time. Max Ernst and Joseph Cornell are in the air here too. One hopes that Warner is not breaking up old books in order to re-use their covers. Warner's day job is Master Printer at Bowne and Co. at the South Street Seaport Museum, the still-operating 19th century letterpress printshop (link below) so one assumes that he has a decent respect for the book arts. The gilt embossed book cover was indeed a real artform in the late 19th century and is the subject of a MUST-SEE upcoming exhibition at the Grolier Club, of the work of Alice C. Morse (1863-1961), a prolific designer of such book covers (link below)
http://www.pavelzoubok.com/
http://www.southstseaport.org/index1.aspx?BD=9147
http://www.grolierclub.org/ExMorse.htm 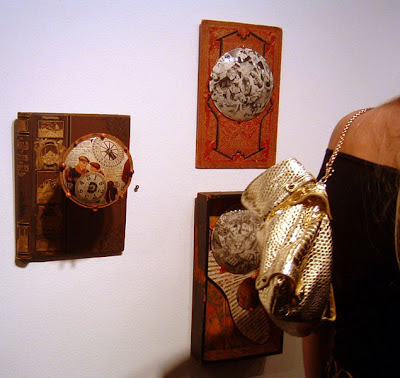 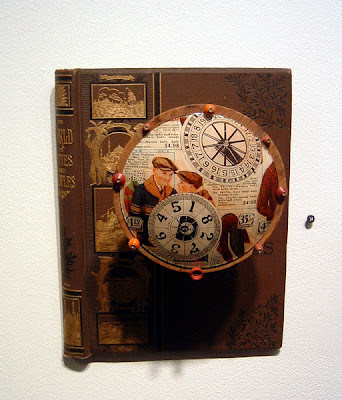 Alice Morse and her work: 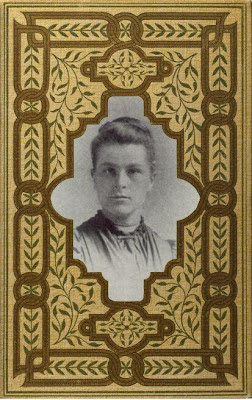 Posted by Alan_Rosenberg at 2:31 PM