When I visit my parents' apartment and stay overnight I sleep in the maid's room in which my mother keeps her collection of Architectural Digest magazines. I love it--it's so cozy and, of course, I could spend hours looking at the AD's which date back to 1971. My old bedroom is now my father's and my brother's old bedroom is now my father's office. The master bedroom is my mother's domain. Browsing through some of those early 1970s Architectural Digests I came across a feature on the Montecito, California, home of Wright Ludington in the January/February 1973 issue. Ludington is described as an "internationally known collector and arbiter of taste." I probably first became aware of Ludington and his collection when I visited, many years ago, the Santa Barbara Museum of Art, to which he bequeathed many magnificent works of modern and ancient art. Those works of art are shown in the photographs of Ludington's villa, including paintings by Picasso, Braque, Redon, Roualt, ancient Roman, Mexican and Egyptian sculpture and 18th century European furniture. Ludington collaborated on the design of the house with architect Lutah Riggs and interior designer Leonard Stanley. I aspire to Ludington's level of connoisseurship. 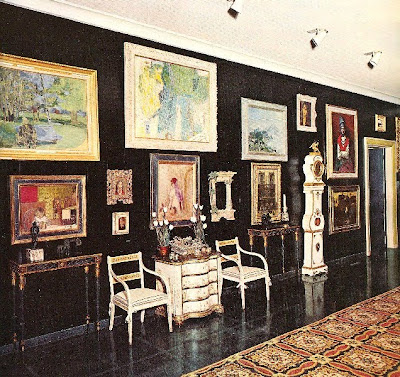 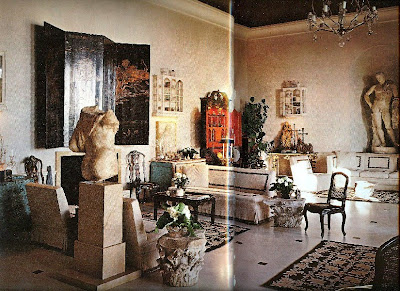 Posted by Alan_Rosenberg at 2:46 PM