My article on 84 year old silversmith Dane Purdo is out now in the September/October 2009 issue of Silver Magazine: http://www.silvermag.com/. Some pictures of his work from the 1950s and an excerpt below. See my previous for more on Purdo.
In the 1950s and early 1960s, regional and national juried craft shows were an important and exciting aspect of the crafts scene. It was an honor to be invited to show one’s work and a further distinction to be recognized by an award or prize. Purdo exhibited in numerous competitive shows throughout his career and served as a juror at many as well. His display at the Wichita Art Association’s Decorative Arts and Ceramics exhibition received a special award for best group of works in metal three years in a row, from 1959 to 1961. Purdo participated in the Fiber, Clay, Metal biennial at the St. Paul Gallery in Minnesota in 1955, 1957, and 1959. From the 1959 biennial, one of his pieces was selected by the United States Information Agency to be exhibited abroad in a show of works by American craftspeople. His 1964 entry to the Annual Exhibition of Michigan Artist-Craftsmen at the Detroit Institute of Arts received the highest honor awarded, the Founder’s Society Purchase Prize. In all, Purdo exhibited in almost seventy shows over a period of nearly forty years.
After 1991, Purdo continued to make jewelry and now enjoys complete retirement in Appleton. In conjunction with the 1958 Fulbright exhibition, Edgar Kaufmann, Jr. wrote that “in design, as in other fields, we are learning that America’s advantages, while great, are not guaranteed; we can maintain them best by a friendly participation in world activity and in the accompanying criticism and progress.”7 E. Dane Purdo’s career was marked by participation in the crafts community on the regional, national, and international levels—as a student, teacher, exhibitor, colleague, and craftsman. The words he applied to the rim of a 1961 punch bowl, although written by Ben Johnson 400 years ago, would seem to be the message that Purdo has sent out to those who have had the pleasure to use and view his works in silver: “Let those who are learned, sophisticated, cheerful and honest gather around.” 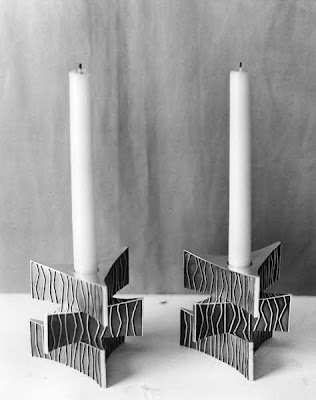 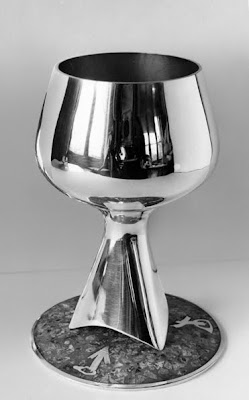 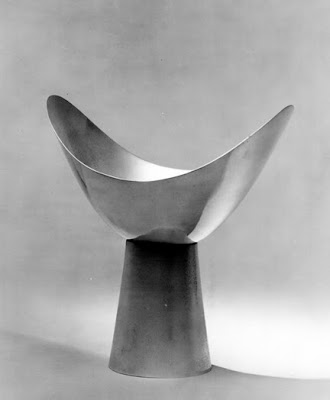 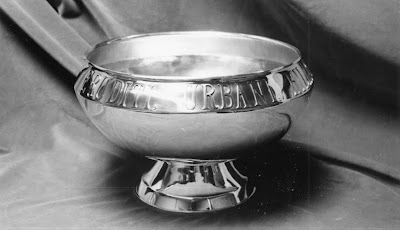